Congratulations to Graham Coupe on receiving the Table Tennis England North West Coach of the Year Award, in recognition of the huge amount of effort he puts into coaching in the north of the Region.

Graham established a NW Regional Training Centre at Garstang Table Tennis Club in 2015, in partnership with local leagues and clubs who helped contribute financially to the centre, and was awarded TTE Performance Centre status in 2018.

His weekly and weekend training sessions have helped raise the standard of players from all over Lancashire & Cumbria, providing valuable extra training and table time, building on the work done by players in their local clubs.

Over 50 cadet & junior players attend the training sessions at Garstang Table Tennis Club each week based in excellent facilities at Garstang Community Academy in the centre of Lancashire.

Graham has recently raised funding to bring in top coaches from around the country, including Steve Brunskill, Eli Baraty and recently Craig Bryant, helping to reinforce the training messages needed to help players reach their potential.

Only this weekend Graham was supporting players at the English Schools Team event where the U13 Girls team became National Champions.

On top of this he organises and runs the National Junior & Cadet League teams and is the Performance Coach at UCLAN in Preston.

Nominated by a parent of one of the players who said:

All the players that go to Garstang love his sessions and we feel he deserves this recognition for all his hard work, a truly amazing guy.

One thing is for sure Graham has contributed hugely to the development of Cadet & Junior Table Tennis in Lancashire & Cumbria.

Graham has been shortlisted for the Pride of Table Tennis National Coach of the Year Award, which will take place at the National Conference in Leicester this weekend, and we all wish him the best of luck! 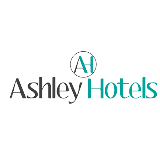 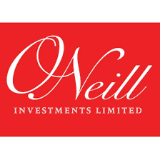 You are about to delete one element, this procedure is irreversible.
Do you want to proceed?
Delete